Erica Fernandes is an India-born television actor, model, and YouTuber. Apart from this, she has also worked for several Telugu and Tamil movies. In the television industry, the actress gained fame and success for portraying the lead roles of Dr. Sonakshi Bose in SonyTV’s ‘Kuch Rang Pyar Ke Aise Bhi’ and Prerna Basu in StarPlus’s ‘Kasautii Zindagii Kay’.

Since 2013, she has been active in the acting industry. Throughout her career, she has received several prestigious awards for her phenomenal appearance. Ekta Kapoor, for the first time, scouted Erica and was selected for the television role ‘Prerna Basu’ opposite Parth Samthaan as Anurag Basu.

Erica is also a full-time YouTuber. She shares content on fashion, makeup, skincare, haircare, hacks, haul, shoots, beauty, and styling. Her channel has got 1M+ subscribers. In addition, occasionally, she also shares her travel vlogs. 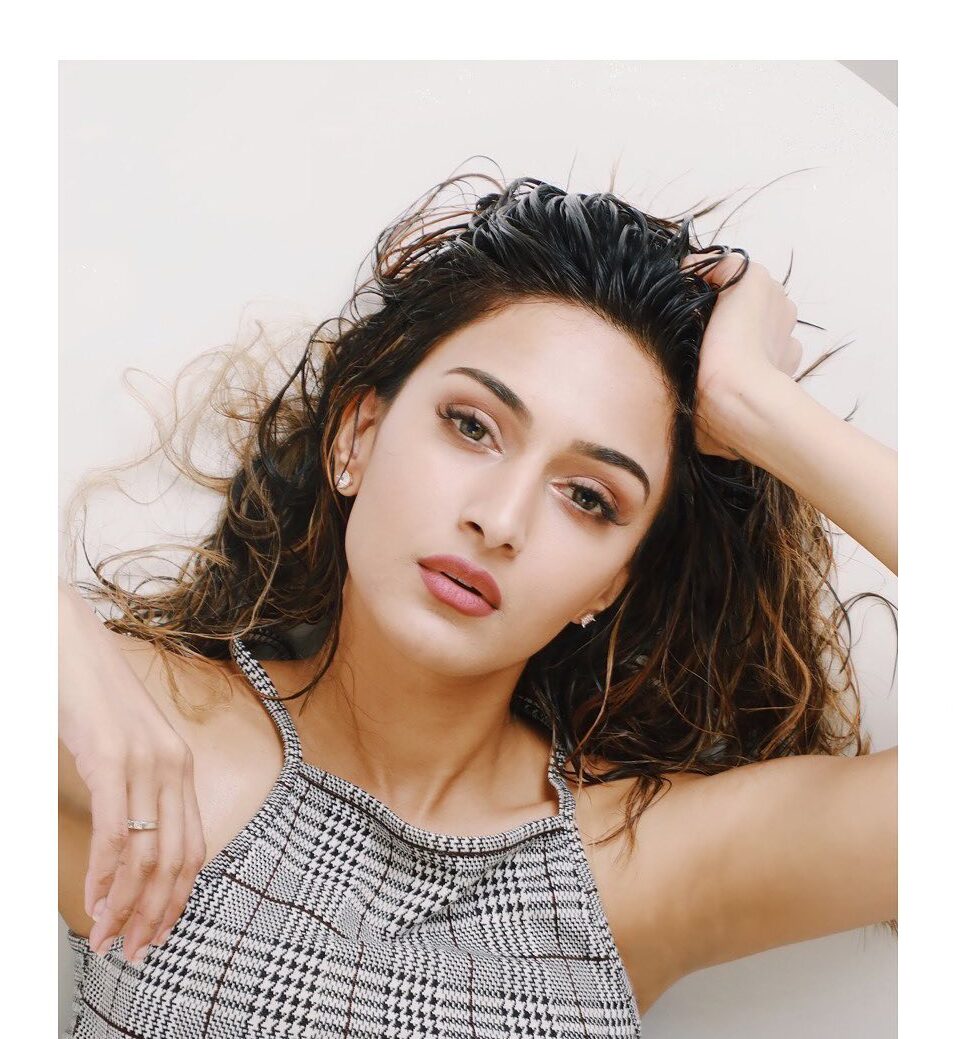 The celebrity, Erica Fernandes, whose birth name is Erica Jennifer Fernandes, was born on 7th May 1993 in Mangalore, Karnataka, India, to parents Lavina and Ralph Fernandes. She has two siblings, Jermaine Fernandes, including her. She was born to a Konkani Mangalorean Catholic family. Her father was an interior designer and now serves as the chief manager of her daughter. Her mother used to work at Bank of America. During her childhood, her family moved to B-town, Mumbai.

Erica went to Holy Cross High School and then joined SIES College for her higher secondary education. For her graduation, she enrolled herself in St Andrew’s College, Mumbai. However, she dropped the course in the middle to pursue modeling. 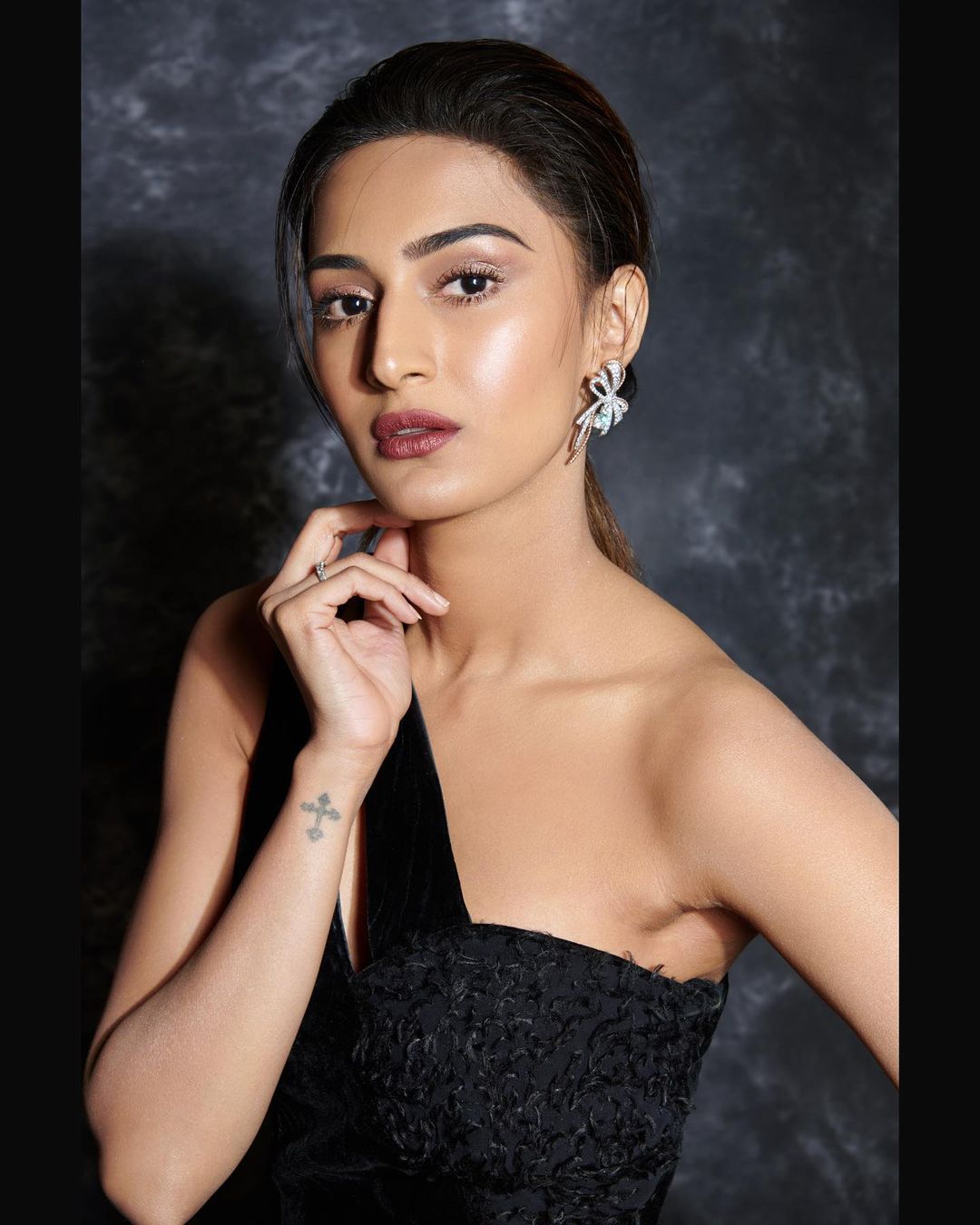 The beautiful actress is 28 years old. She has an Indian identity and follows Catholic Christianity. Taurus is her zodiac sign. She has an approximate height of 5’5″ inches tall and weighs around 55kg. Her physical measurements are 32-25-32 inches.

Fernandes is a fitness enthusiast. She strictly follows her workout and yoga schedule to keep herself healthy and flexible. The actress has a fair complexion with dark brown colored eyes and hair. She has two tattoos, a dog’s feet, and a cross on her arms. 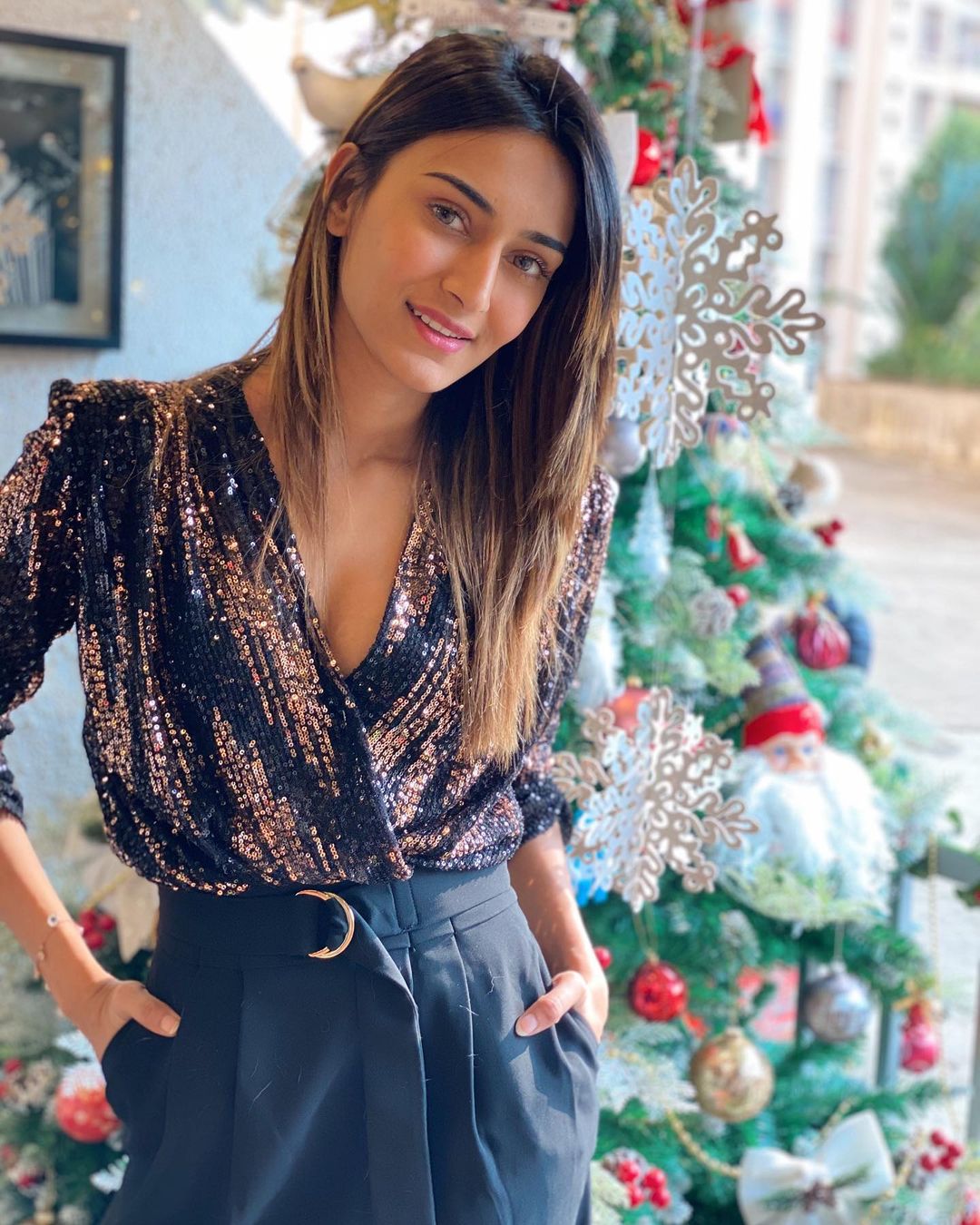 Since 2010, Erica Fernandes has participated in several beauty pageants and won titles for her. Erica first auditioned for the Tamil movie ‘Virattu’ and was selected for the lead role opposite a newcomer, Sujiv. Director Sasi scouted her for the role of Manjari, a software engineer alongside Bharath in Ainthu Ainthu Ainthu after seeing her pictures at Meera Kathiravan’s office. Under certain circumstances, Ainthu Ainthu Ainthu became her debut movie. In 2014, she starred in Ninnindale (Kannada) and Babloo Happy Hai (Hindu).

Within three years, Erica Fernandes worked in Virattu, Galipatam, Buguri, Dega, and Vizhithiru. Most of her movies were commercially successful and she got some positive responses from the critics.

In 2016, the actress made her debut in the television industry. She portrayed the lead role of Dr. Sonakshi Bose in the on-TV romantic opera “Kuch Rang Pyar Ke Aise Bhi.” The opera received immense praise and popularity. The stars received several prestigious awards for their appearance.

In 2018, Erica starred as Prerna Sharma in StarPlus’s opera ‘Kasautii Zindagii Kay’ opposite Parth Samthaan as Anurag Basu. Currently, she will be starring in the 3rd season of Kuch Rang Pyar Ke Aise Bhi. The actress has also made various special appearances on a variety of reality and talk shows.

In 2020, Fernandes appeared in two music videos, Juda Kar Diya by Stebin Ben and Maula by Papon. Apart from all this, she has modeled for numerous reputed and renowned brands and agencies. And even walked for designers.

The actress runs a YouTube channel, where she shares several tips and hacks regarding fashion, beauty, skincare, and makeup. Sometimes, she creates content on lifestyle and travel diaries. 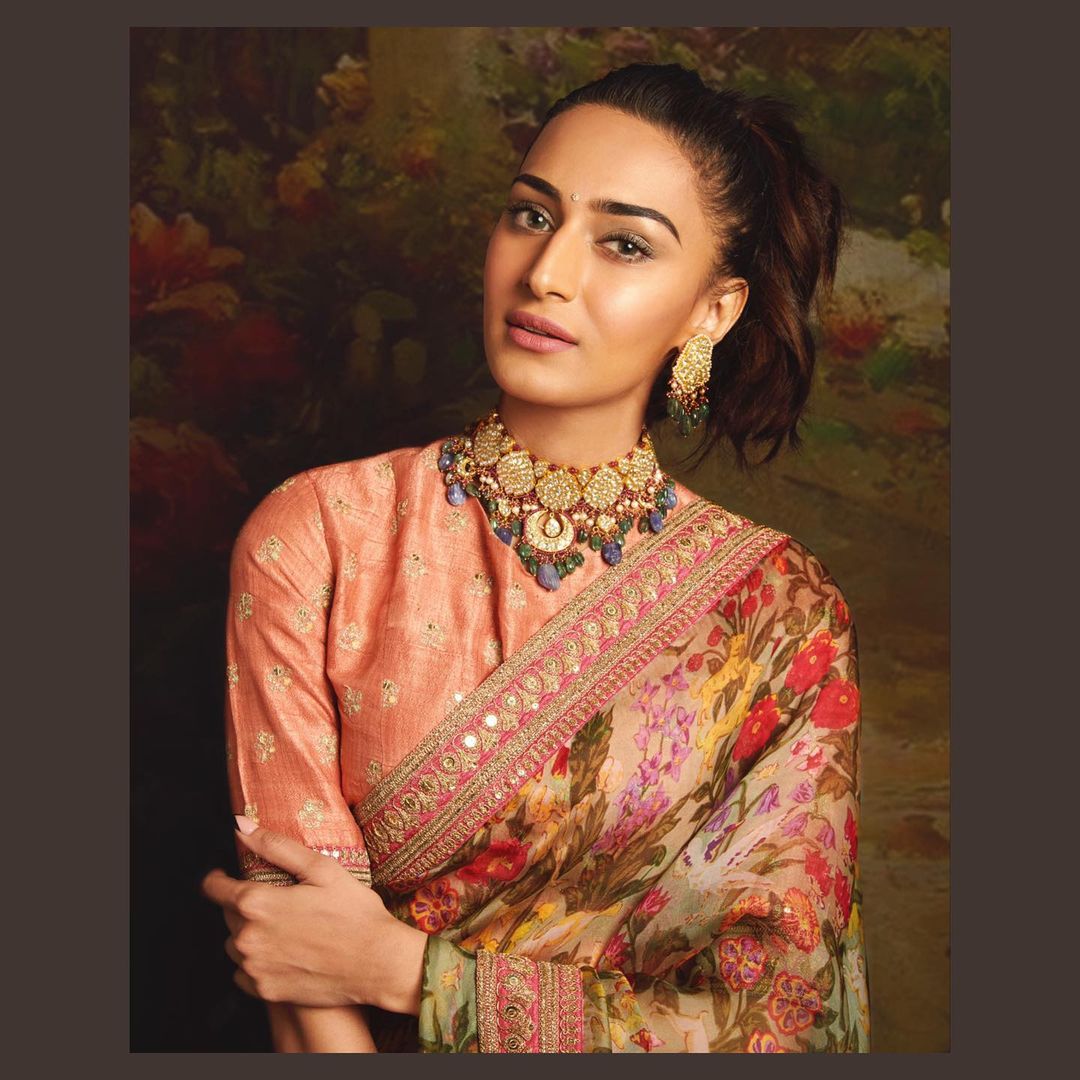 As of 2021, Erica has a net worth of 6 crores. She has amassed her fortune and fame from her professional projects. Most of her projects were commercially successful. She is quite versatile in her profession which helped her to gain experience and assets.

The actress is dating a mystery man. However, she was rumored to be dating her co-star Shaheer Sheikh, however, it turned out to be a false rumor. In 2018, viewers liked the reel life chemistry of Erica and Parth in Kasautii Zindagii Kay. After that, again, a rumor spread about them dating, but they are just close friends in real life. In 2020, she disclosed that she had been dating someone for three years and he is not from the industry. 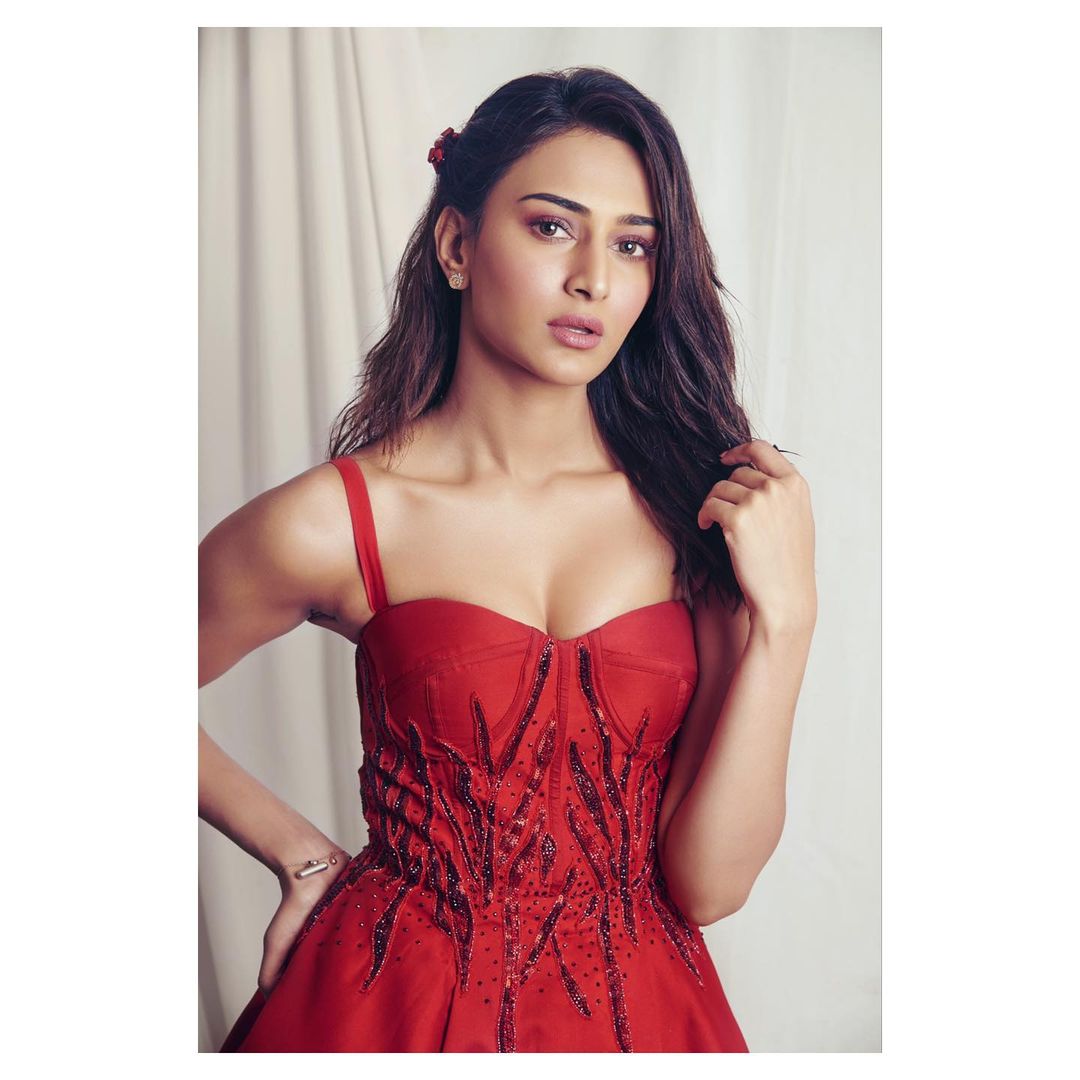