Iman Benson is a very talented American actress. She is widely appreciated for her outstanding portrayal of Tia Russe in the ABC drama television series, ‘Uncle Buck’. The series helped her snatch the limelight and earned her a sense of recognition in the industry. She even took several professional acting courses. Her fluency in acting can be seen while she amazingly executes a role. Iman also appeared in the 7 stages theater. 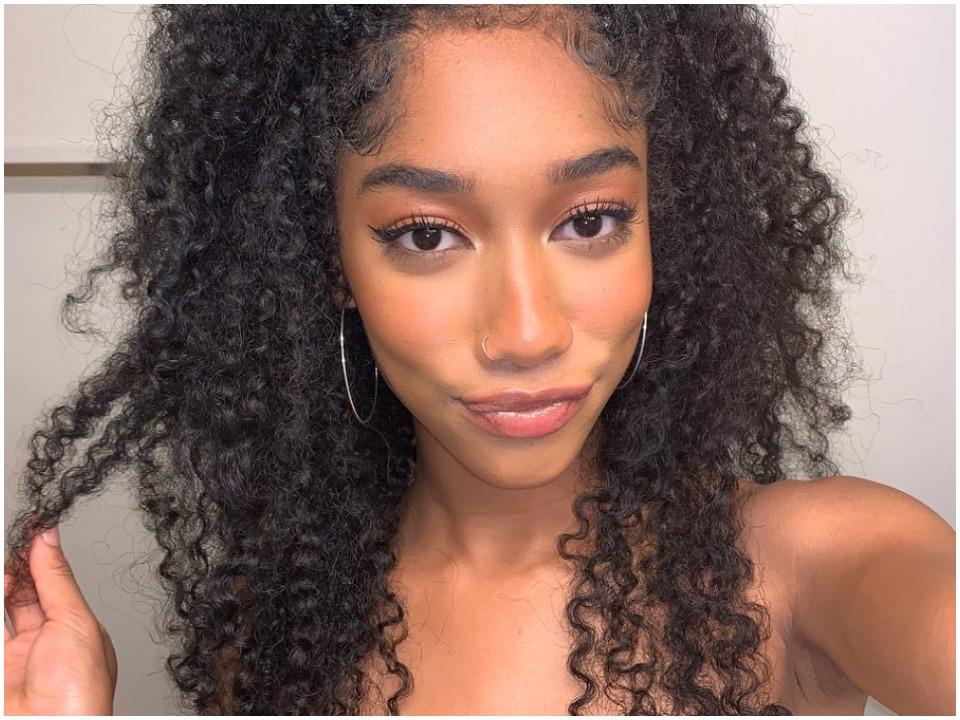 The beautiful and talented Iman Benson was born on 25th June 2000 in Atlanta, Georgia. She seems to be secretive about her parents’ names. To date, she hasn’t disclosed her parents’ identities. However, she has a stunning sister. Iman usually shares her pictures on her social handles. Her parents must be well off in their professional life. They always help her financially and mentally.

The actress is 20 years old as of 2021. She has American citizenship. However, her ethnicity is African-American. She was born under the zodiac clan of cancer. The actress belongs to the Christian religion.

Iman must have attended a local high school. The actress went to the Company Acting Studio to take lessons on acting. Later, she enrolled herself at Georgia State University to get a bachelor’s degree.

Iman Benson made her acting debut in 2016. She made her appearance as Tia Russell in the single-camera comedy TV series, ‘Uncle Buck’. The movie was adapted from the movie of the same name released in the year 1989. Then she took a break from her professional life.

In 2018, she starred as Dallas in the action-drama television series, ‘Station 19’. The movie is the spin-off of ‘Grey’s Anatomy’. The series revolves around a group of heroic firefighters. That same year, she got a minor role as Joy Williams in the legal drama TV series, ‘Suits’.

Iman procured the role of Reagan in Netflix’s sitcom series, ‘Alexa & Katie’. The series is based on high school students and their personal life. The series aired till 2020. In 2020, she portrayed the main character of Drea Barris in the sitcom, ‘Black AF’.

Apart from acting, she serves as a voice-over artist. In 2012, she started off her voice-over career. In her initial period, she worked for various radio stations. Later, she was able to appear in gigs. Iman also worked as a supporting cast in plays including Lost Creation, Disney’s Snow White, Your True Art, and many more.

The actress started her career as a teen actress. She has just appeared in a handful of movies and series. Some of her projects went really well. In return, she gained fame and popularity across the country. She also indulges herself in endorsements and appears in TV commercials. Moreover, she has worked as a voice artist in commercials. Her net asset is $450k US dollars.

Iman Benson is single. Keeping her age in mind, she doesn’t seem to be in a relationship. Moreover, she must be concentrating on her professional life rather than her romantic relationship. She is one of the skillful actresses of the industry. After becoming successful, she might involve herself in a relationship. Let’s see when her fans will see her real-life chemistry.

Iman Benson is 5 feet 2 inches. Her weight is around 47 kg. Her well-maintained measurements are 34-24-32 inches. She has an impressive physique with black curly hair and a beautiful pair of light brown.

What is the Age of Iman Benson?

Is Iman Benson alive or dead?

What is Benson’s net worth?

Is Iman Benson in a relationship?