Ayesha Singh is an Indian TV actress. She is widely famous for her role as Sai Joshi in the Indian romantic drama series, ‘Ghum Hai Kiske Pyaar Mein’. The series is airing on Star Plus. Within three months, Ayesha garnered millions of fans through her amazing acting skills in the series. She stars alongside Neil Bhatt. 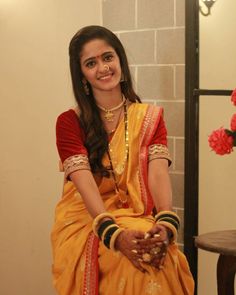 Ayesha Singh was born on 19 June 1996 in Agra, Uttar Pradesh. The actress hasn’t disclosed anything about her parents, including her siblings. Later on, she might reveal their identities. Since her childhood, she hasn’t had any inclination towards acting. Much later, she pursued her career as an actress.

Ayesha Singh is 24 years old. She has Indian citizenship. Her ethnicity is Punjabi.

There isn’t much about her educational details. She must have completed her basic education. But in an interview, she revealed that she was pursuing law then she suddenly changed her life goals. And then she became an actress in the TV industry.

The concerned actress made her debut in 2016. She portrayed the character of Amy D’costa in the comedy series, ‘Zindagi Abhi Baaki Hai Mere Ghost’. In 2017, she made her big-screen debut. She appeared in the character of Reena in the horror drama film, ‘Adrishya’.

Ayesha Singh procured the role of Ratti Sinha in the social drama TV series ‘Doli Armano Ki’. The series aired on Zee TV. In 2019, she made her first appearance in the Telugu Film Industry. She bagged a role in the Telugu movie, ‘Yedu Chepala Katha’.

In 2020, Ayesha got the lead role of Sai Joshi in the romantic drama streaming series, ‘Ghum Hai Kisike Pyar Mein’. The story revolves around a police officer who sacrificed his love for family and duty. The series is adapted from a Bengali serial, ‘Kusumdola’.

Ayesha Singh has just entered the entertainment industry. She had just appeared in two-three movies and series. It’s definitely a long run for her in this industry. All her capital comes from her professional projects. As she is new, it’s quite difficult to know about her net worth. If there is any info regarding her net worth, then we will let you know.

The concerned actress is possibly single. She is a newcomer and maybe solely wants to focus on her career. For the time being, she is restricting her sight on her work. In her ongoing series, we may expect to see her reel life chemistry. Yet her fans are eagerly waiting for her real-life chemistry.

The actress has a stunning slim physique. And her body complexion is fair. She has a stunning height of 5′ 5′′. Her body weight is around 52 Kg. Ayesha is very much concerned about her health. She keeps herself healthy by doing yoga. Her maintained measurements are 33-26-34 inches. She has long black hair and dark brown eyes.

Who is Ayesha Singh?

What is the net worth of Ayesha Singh?

Is she in a relationship?