Mirko Trovato is a talented Italian actor. He is one of the famed celebs of the industry. Mirko is quite famous among the audience. He is appreciated for her portrayal of Davide in the Italian series, ‘The Red Band Society’. The actor gained immense popularity and recognition for his excellent execution of the role in the series. Moreover, he is quite famous and engaging in his social accounts. 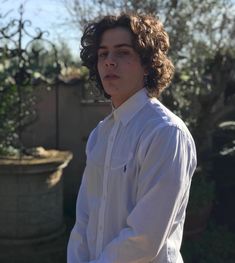 Mirko Trovato was born on 13th February 1999 in Pomezia, Rome, Lazio, Italy. However, he hasn’t revealed anything about her parents. He has an older sister. Since his childhood, he wanted to become an actor. At a very young age, he started his career.

The actor is 21 years old. He has Italian citizenship. His ethnicity is Caucasian. He was born under the zodiac clan of Aquarius.

In 2014, Mirko Trovato made his acting debut. He made his first appearance as Davide in the teen drama series, ‘The Red Band Society’. The series was a hit. He was able to garner a sense of recognition in the entertainment industry. In 2015, he portrayed the character of Mirko in the comedy series ‘Lontana da me’.

Mirko Trovato appeared in the character of Francesco Lamberti in the teen romantic film, ‘Non c’è campo’. In 2018, he got the major role of Giacomo Colonna in the comedy movie, ‘Restiamo amici’. The movie revolves around a widower pediatrician.

In 2018, the actor bagged the role of Massimo Stefanelli in the comedy crime film, ‘My Beloved Enemy’. The movie is based on a professor who saves the life of a man. In return, the man makes a promise to murder the professor’s enemy. But the professor has no enemy and that promise turned his life upside down leading to chaos. The actor appeared as Brando De Santis in the drama TV series, ‘Baby’. In 2020, he made his appearance in, ‘Levante feat. Altar boy: Vertigine’.

Mirko Trovato is a teen actor. At a very young age, he started off his career. All his income comes from his contribution as an actor in several series and movies. He also indulges himself in endorsements and TV commercials, which must be adding a lot to his net worth. His net assets are under review. However, he must be charging a lot for his professional work.

The entertainer is kinda secretive about his personal life. He likes to keep everything under a veil away from social media and the internet. It seems he might be single and restricting his sight towards his career. Moreover, there are no facts about his previous dating history.

The actor has a fair tone with curly hair, which makes him look extremely adorable. He stands at a height of 5′ 6″ inches. He has shiny black eyes and curly dark brown hair.

How old is Mirko Trovato?

Is Mirko Trovato in a relationship?

What is Mirko Trovato’s nationality?

What is Mirko Trovato’s ethnicity?

Get the latest updates at celeblifebio.com