Henry Zaga is a popular Brazilian actor. He is extremely handsome as well as talented and he stood out for his outstanding performance. Henry is widely celebrated for his role as Roberto da Costa in the superhero horror movie, ‘The New Mutants’. He was able to gain recognition early in his professional career when he appeared as Josh Diaz in the supernatural teen drama, ‘Teen Wolf’.

The handsome actor, Henry Zaga, whose birth name is Henrique Chagas Moniz de Aragão Gonzaga, was born on 30th April 1993 in the Capital, Brasília, Federal District. He was born to parents, Admar Gonzaga and Sônia Gontijo. His father is an Italian-Portuguese while his mother is of Spanish and Brazilian descent. He has a younger sibling, Fernanda.

Henry Zaga is 27 years old. He is Brazilian by nationality. His ethnicity is multiracial. He was born under the astronomical sign of Taurus.

Speaking about his education, Henry’s parents majorly focused on his artistic education. They used to take him to watch several local plays on weekends. He was even enrolled in a painting and drama school. They have always encouraged him to participate in artistic events.

After graduating from school, he shifted to Los Angeles to pursue a major degree in Acting for Film. During his first year, he caught the eye of a filmmaker and scouted for his first-ever feature.

Henry Zaga made his acting debut in 2015. His first feature was in the short film, ‘The Wing’. That same year, he joined cast member Theo Barnett in ‘The Mysteries of Laura’. In his initial days, he bagged recognition for his cast as Josh Diaz in MTV’s supernatural teen drama, ‘Teen Wolf’. In 2016, he appeared as Jordan in ‘XOXO’.

Zaga’s career flourished after he got the role of Brad in the teen drama, ’13 Reasons Why’. That same year, he was cast in two movies, MDMA as Donnie and Deadly Detention as Barrett Newman. In 2019, he portrayed the character of Luca Novak in the teen drama streaming TV series, ‘Trinkets’.

Henry Zaga made his appearance as Jake in ‘Looking for Alaska’. It is a miniseries adapted from John Green’s novel of the same name. In 2020, he procured the role of Nick Andros in the dark fantasy streaming TV miniseries, ‘The Stand’. The miniseries was adapted from a novel by Stephen King of the same name. Zaga joined The New Mutants cast as Roberto da Costa. He gained immense appreciation and recognition for his amazing execution of the role in the movie. 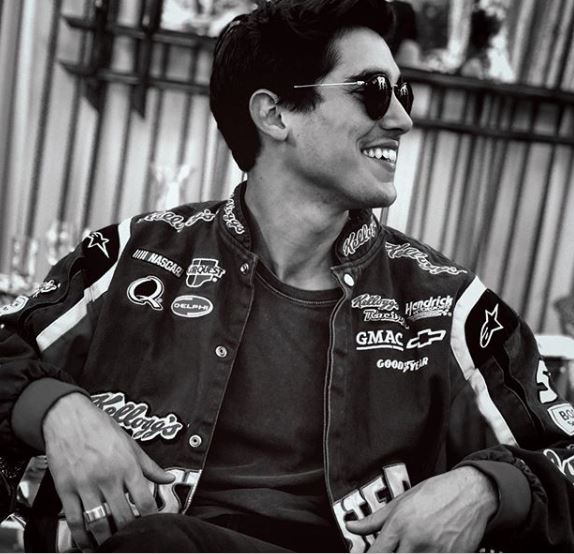 Henry Zaga is a self-made actor who gained all the recognition and appreciation by himself. It is not easy to ride to the pinnacle of success, but he made it through it. To date, he has successfully worked on nearly 20 acting projects.

As of 2021, his net worth is $1 million USD. His professional career is a major source of income. He gained immense appreciation and endeavor for his superhero movie, The New Mutants. We wish him the best in his future endeavors. Hopefully, we will see more of him.

Coming into his personal life, he managed to hide it very well. He never puts out his personal matters in the public domain. He has not made anything public regarding his girlfriend/spouse. However, there was a rumor about him dating Alica Braga. But there was no truth behind it. They just posted some pictures with each other on their social handles.

Henry Zaga’s social life is as colorful as he is in his real life. He has garnered a huge audience on his social handles. Henry has 227k on his Instagram and 13k on Twitter.

The actor, Henry Zaga, has an athlete’s physique. It seems that he maintains his figure by working out. He is 6 feet tall. His bodyweight is around 70 kg.

Who is Henry Zaga?

What is the Age of Henry Zaga?

Is Henry Zaga in a relationship?