Aishwarya Sharma is an Indian television actress. She is widely popular for her amazing performances in the MX player web series, ‘Madhuri Talkies’. In that series, she appeared in the character of Puneeta. She did an outstanding execution in the crime web series. Currently, she is portraying the role of Pakhi in the romantic drama series, ‘Ghum Hai Kisike Pyar Mein’. 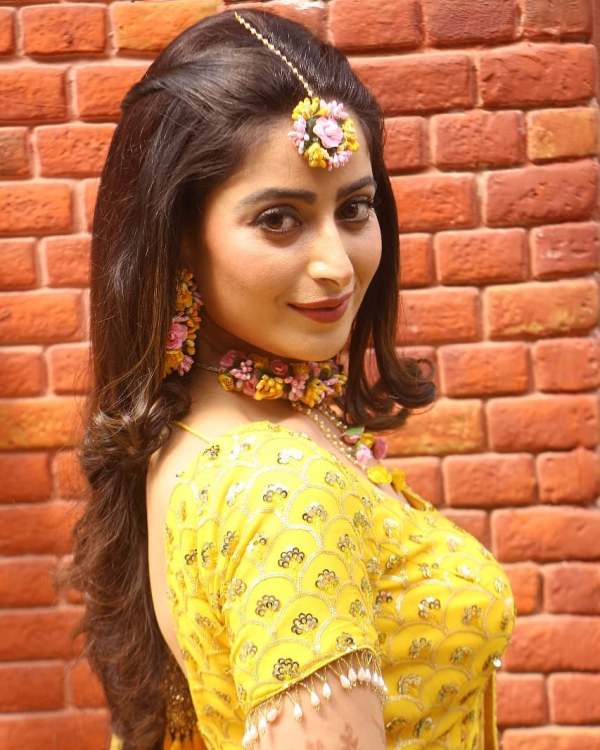 The extremely elegant actress was born on 8th December 1992 in Ujjain, Madhya Pradesh, India. Aishwarya hasn’t disclosed her parents. She has a sister, Rajnandini Sharma (an aspiring actress). And has a brother, Pranjal Sharma (pursuing his higher studies). She was born into a middle-class Hindu family. Her father is a known businessman and her mother is a housewife. Since her childhood, she wanted to be an actress in the Glamour industry. And even contributed much time to achieve her goals.

Aishwarya Sharma is 28 years old. She has Indian citizenship. Her ethnicity is brahmin. She was born under the horoscopic belt of Sagittarius.

The actress attended SVM School in Rishi Nagar to complete her high school graduation. Then she enrolled herself in the Alpine Institute of Technology College to pursue a professional degree in Communication & Electronics branch. After completion, she went to Mumbai to try her luck in the Glamour industry. Luckily she got some cameo roles in her initial period. Moreover, she has majored in Kathak dance.

Aishwarya Sharma started off her career as a model in the industry. In 2017, she bagged a supporting role in the drama series, ‘Meri Durga’. After that, she made her appearance in several TV commercials. She even collaborated with many popular brands and designers for modeling projects.

Interestingly, Aishwarya got a role in the romantic horror movie, ‘Ragini MMS’. However, she wasn’t able to garner much attention. Later, her career took off after portraying the lead character of Puneeta in the crime web series, ‘Madhuri Talkies’. The web series aired on MX Player.

In 2020, the actress starred as Pakhi in the romantic drama series, ‘Ghum Hai Kisike Pyar Mein’. The series is streaming on Star Plus. The storyline revolves around a responsible police officer. To date, she has appeared in several cameo roles in many series in the Indian serial industry. Some of them are Suryaputra Karn, Jaanbaaz Zindabad, and many more.

Aishwarya Sharma is an emerging actress in the serial industry. She garners all her capital from her various modeling and acting projects. She has made an appearance on a handful of projects. Yet she must have a handsome net worth. She even involves herself in endorsements and TV commercials. To date, there are no facts about her net worth. But we will update you soon.

Aishwarya Sharma is a beautiful actress. She has a large fan base. However, she hasn’t revealed her romantic involvement. Maybe she is single. She must be restricting her sight in her professional life. Later, we may expect her to be in a relationship.

Aishwarya is an emerging star. Stars’ physical measurements are one of the most important aspects for their fans. She has a banana-type physique with a fair complexion. Aishwarya stands at a stunning stature of 5′ 4′′. Her mass weight is around 52 kg. She has long black hair with attractive black eyes.

Who is Aishwarya Sharma?

When was Aishwarya Sharma born?

Is Aishwarya Sharma in a relationship?